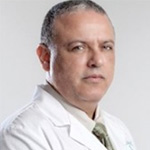 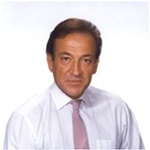 International Institute of Medicine and Science 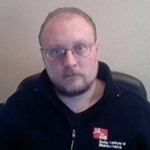 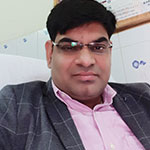 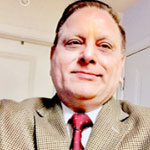 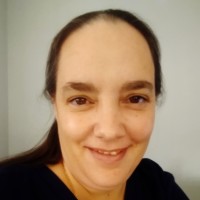 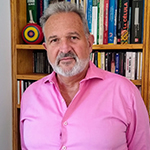 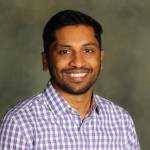 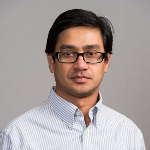 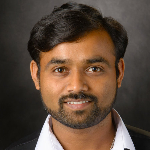 To report the outcome of Stereotactic Body Radiation Therapy (SBRT) for lung metastases of 2 pediatric patients with
different types of malignancies.

Two patients (ages 6 and 17) received photon SBRT for pulmonary metastases. The patients were as follows:
1) A 6-year-old female with hepatoblastoma tumor and 1 metastatic lung lesion treated with 50Gy in 5 fractions,
2) A 17-year-old male with malignant hemangioendothelioma with 7 lung metastases treated in three different courses
of radiation.
Follow up was 27 months after therapy for both patients.
Local control for all 8 treated metastases is 100% (was established) without any observed acute or late toxicities.

SBRT is effective and well tolerated treatment option for lung metastases in pediatric patients; however the place of SBRT in correlation to further systemic therapy needs to be better defined.

COVID-19 vaccination has been shown to be beneficial in preventing the disease. In most cases, two doses of the vaccination are required. After complete immunization, immunity may begin to diminish. A third dose booster is frequently used. Those with underlying illnesses such B cell malignancy will need further immunization. The demand for enhanced immunity among individuals with underlying disorders, on the other hand, remains a source of concern. It is proposed that a fourth immunization dose be created. In the case of the introduction of a new strain, as well as the likely loss of public immunity following routine mass vaccination, some scientists are recommending a fifth dosage vaccine. Because the efficacy of the third vaccine is unclear, any investigation into its efficacy is fascinating. A current outbreak of sickness is also being caused by the new COVID-19 strain among persons who have been properly vaccinated. The authors of this study use a clinical model to predict how persons with B cell malignancies would respond to the fourth dose of COVID-19 immunization. During this investigation, the fourth dose enhancing COVID-19 vaccine regimen was found to play a role in infection immunogenicity. If a fourth dosage is anticipated, a variety of mRNA COVID-19 vaccination alternatives should be considered.

Renal Metastasis in Carcinoma Pyriform Fossa treated with SBRT: A Case Report and a Brief Review

Head and neck cancers are the most common cancers in male in India. The most common site of metastasis being lung. Isolated metastasis to the kidney is a rare phenomenon in head and neck cancers. This article highlights a 65 year old male with carcinoma pyriform fossa with lung and renal metastasis progressed on Palliative chemotherapy and immunotherapy was treated with Stereotactic Body Radiotherapy (SBRT) to left kidney.

pH is a highly monitored parameter inside the body and slight changes in pH lead to disrupted biochemical activities. Many diseases, such as ischemia, inflammation, and cancer are associated with pH changes. Therefore, it is important to measure a precise pH in vivo to evaluate the disease status and to devise a better treatment plan. In this mini review, we have described the magnetic resonance imaging and spectroscopy tools available to determine the in vivo extracellular and intracellular pH. The strengths, weaknesses, and potential solutions to overcome those weaknesses are also summarized in the review.

Cancer Treatment – From Immunotherapy To Gene Therapy And Beyond

Cancer is the oldest disease having affected humankind. Attempts to treat it have taken the shape of a “war” and have best been described in military terms. So far, despite winning some battles, we have waged that war without focus and unsuccessfully for the past 4,000 years with an accelerated campaign only during the last four decades. We rarely saw the enemy as it hid behind other diseases (cholera, dropsy, leprosy, plague, pneumonia, smallpox, and tuberculosis) and mostly affected the older populations. However, with increasing lifespan and a partial clearing of these other diseases, cancer came back in full force and roaring. From the earliest accounts dating to the Greek historian Herodotus (440 BC) within the context of breast cancer, the latest pronouncements of the World Health Organization (WHO) are that “ … cancer is the second leading cause of death globally, accounting for an estimated 9.6 million deaths, or one in six deaths in 2018”. For 2020, the numbers of estimated cases/deaths for the various types of organ cancers were: breast (2.26 million/685,000), colon and rectum (1.93 million/935,000), liver (830,000 deaths), lung (2.21 million/1.8 million), prostate (1.41 million), skin (non-melanoma) (1.20 million), and stomach (1.09 million/769,000). Further, for 2021, model-based projections by the American Cancer Society (ACS) predicted 1,898,160 new cases and 608,570 additional deaths in the U.S.

Community-Based Psychosocial Support Centers for Cancer Patients and Their Relatives: Use, Evaluation and Effect

Community-Based Psychosocial Support Centers for cancer patients and their relatives (CBPSCs) offer easily accessible contacts with fellow patients and support by trained volunteers in the Netherlands. We studied the characteristics of visitors of CBPSCs, which social support and/or therapy they receive, if these services meet their needs, how satisfied they are with the help, and if it does affect their Health Quality of Life (HQoL).

The studies confirm the significance of CBSCs contacts, resulting in increased communication about their illness, talks with fellow patients about their problems. Most visitors are not referred to CBPSCs by health care professionals, but visit on their own initiative and contacts. Patients often visit CBPSCs once a week or monthly. The visitors are mainly highly educated women with breast cancer over 60 years of age. The social support involves especially creative and leisure time activities. The therapies are individual therapy sessions, groups on creative therapy, mindfulness, body-orientation, and bereavement. Evaluation of activities and therapies is positive, varying from 7.2 to 8.6 on a 10-point scale. Study 3 shows that after a few months the HQoL decreased significantly for all other visitors, but did not change for serious ill patients.

CBPSCs play an important and highly evaluated role in psycho-oncology. Insight in effects of visits is still limited. Differences in the health care organization restrict the comparability with the CBPSCs in other countries. More studies are needed to show the effects of CBPSCs.

Pattern of Neuroblastoma Among Children in Basra Pediatric Oncology Center

Background Neuroblastoma is a neoplasm of the sympathetic nervous system, is the second most common extracranial malignant tumor of childhood, it accounting for8% to 10% of all childhood cancers and for approximately15% of cancer deaths in children.

Patients and Methods A retrospective study was carried out from October 2016 till end of April 2017to assessed characteristics features of patients with neuroblastoma who have been registered and admitted to the Basrah Hospital of Pediatric Oncology center during the period from the I st of January 2004 till the end of December 2016.

Results The total cases of neuroblastoma admitted to the Center during that period were 179. Their age ranges from one month up to 14 years, 104 male and 75 female. A special data sheet was designed for the purpose of the study; the information was taken from patient’s files; name, age (date of birth), date of admission, gender and residence. The study showed that the percentage of patients with neuroblastoma treated in Basrah Pediatric Oncology Center have increased gradually from 5% at 2004 to 13.4% at 2015.

The highest frequency of neuroblastoma was found in the age group (1-5 years) that included 117 patients 65.4%.
Higher numbers of patients with neuroblastoma were from the center and northern areas of Basrah (22.3%, 12.3%) respectively and to a lesser extent in western (9%) and, southern (9%), and eastern (2.2%). Other governorates like ThiQar and Maysan account for high rates (28.5% and 21.8% respectively) of admissions in Basrah Paediatric Oncology Center.

This study revealed that most patients with neuroblastoma commonly presented with abdominal mass,gastrointestinal track symptoms and other symptom like pallor and fever, and most patients presented in stage IV (51.39%) or stage III (39.66%) of the disease. Distant metastasis occurs in 93(51.9%), the most common site of metastasis was bone marrow 72 (40.2).

Conclusion None compliance or discontinuation of treatment is an important dilemma for a disease, so increase awareness about early sign and symptoms of the disease and improving the diagnostic facilities, with psychological support in order to resolve this problem.